In November 2016 he partecipates to this very important artistic gathering into the great ambient of Corbelli Palace, Fano, with three works. A catalogue was printed for the occasion.

Onorific Mention to the 66° International Art and Sculpture ‘G. B. Salvi’ Award in Sassoferrato.

With these words: “His capability of using an articulated sign into different modalities reflects a suggestive inner dimension”. Great personalities of the culture are present to the award.

Hall of San Michele former church, Fano – ‘In Arte Veritas’ collective by Gilberto Grilli, from April 27th to May, 9th 2016.

Into the marvellous environment ot the San Michele former church in Fano, within a very important collective with names like Mario Schifano, Alberto Lanteri, Fathi Hassan, Cesare Berlingeri, Riccardo Tommasi Ferroni and many others, Omiccioli displays a tryptic of new conception. 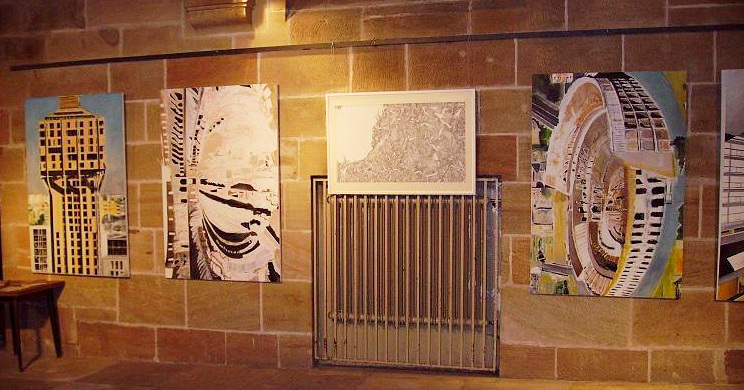 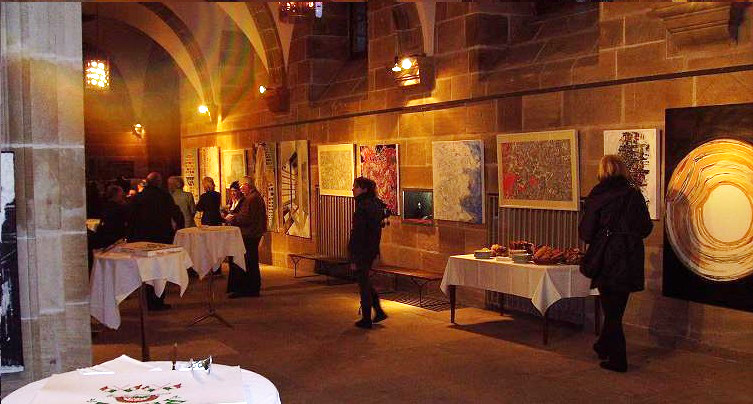 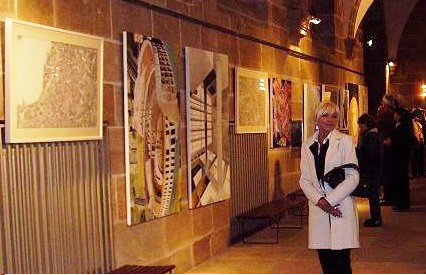 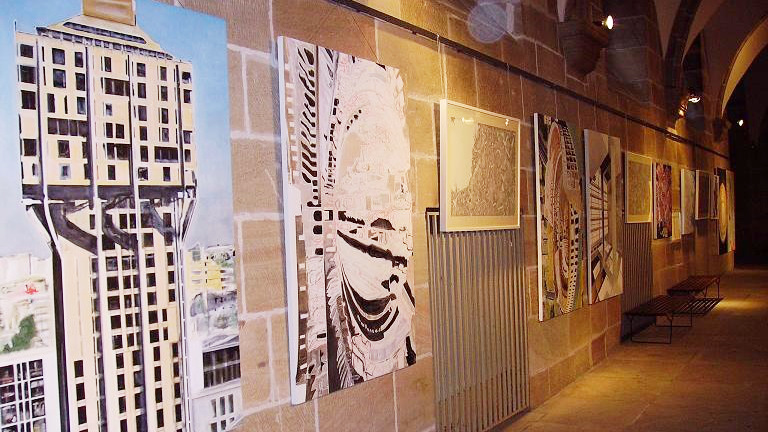 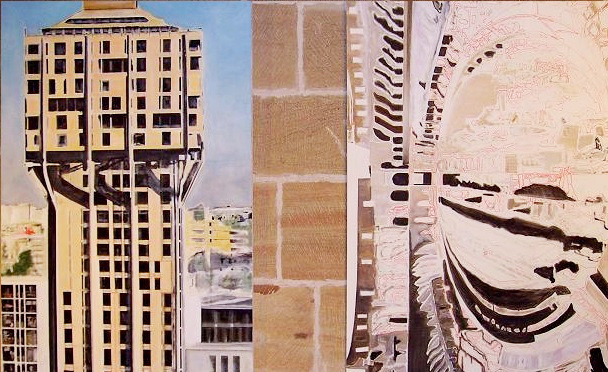 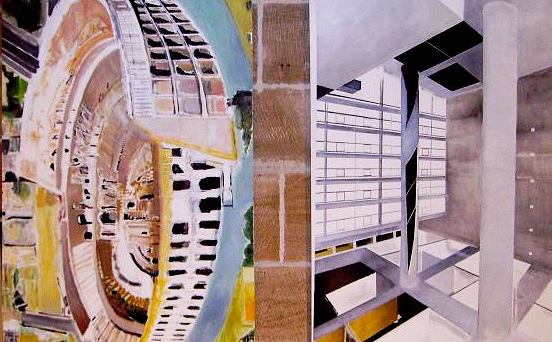 In november 2007 Omiccioli exposes at the Rathaus (City Hall) of Nurnberg a series of tematic works, linked to architecture, rappresentation and power, with strong suggestions from Baselitz; the solo show is entitled ‘Revelations from the Surface’. The italian Consul, the Mayor and numerous elements of the city culture partecipate in the vernissage. We have a number of works, both canvases portraying architectures and densely abstract pens, as well as works on canvas so lyrically abstract, setting the ambivalent nature of Omiccioli’s painting, which pics free suggestions from both approaches.

Collaboration with Tullio Ghiandoni Gallery – ‘Reverie’ Gaston Bachelard Study Centre, in 2006. With the supervision by Catia Migliori, Omiccioli holds his first solo show in his hometown, entitled ‘LD50’. Inks and pens thicken in new symbolisms and the painting starts to find new meanings within the scansion of the canvases.

Omiccioli exposes only one painting into the Contest of the ‘San Crispino’ Prize, set by Fernando Calvà. This works, entitled ‘Samotracia’ will win the Jury Prize which will allow him to partecipate in the collective ‘Maestri italiani nella Nuova Europa’ (“Italian Masters into the New Europe”)  at the Merum Gallery of Bratislava, at the presence of the President of the Slovakian Republic.

Solo exhibition at the ‘La Contea’ Gallery in Fossombrone, february 2003

With the supervision of Manuela Manuali, the first solo exhibition into the suggestive context of an ancient Palace of the Centre of the town, from 10th to 23rd february 2003. With so many works of expressionist taste, learning from Jean-Michel Basquiat and Roberto Sebastian Matta, the exhibition displays inks, pens and canvases of various sizes.